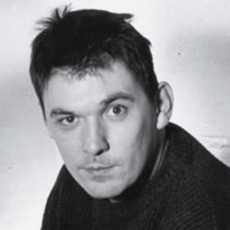 About
is most noted for his involvement in Father Ted, Black Books and The IT Crowd.
Reddit AMA Stats
Tag Cloud
television-writer, director, actor, comedian

IAmA man named Graham Linehan, creator of The IT Crowd

It depends on what's going on. On Twitter, I get 'always try to walk it in' whenever there's been a match; I get 'Careful Now' when I'm getting angry about something; I get 'Dere's more to oireland than this" from people who haven't been tweeting long; and "Have you tried turning it off and on again" when I ask for tech advice.

It's a compliment, so I don't mind it, but I do blank them out when scrolling through my replies on Twitter. There's not really an alternative to doing that.

Wasn't it something about Moss meeting Abed? I don't see why not. Dan's someone I would trust completely with the character. I read this today and it blew my mind. Such good advice. http://goo.gl/H2d5c

It feels like a natural time to wind things down. Apart from anything else, we're probably reaching that stage where it begins to feel odd that Roy, Jen and Moss are still stuck down in that basement. I don't want to start giving everybody babies to make it feel like they're moving on with their lives. My kind of comedy has always been setpiece-driven...and maybe that kind of thing has a naturally short life. I did three series of Father Ted, one of Black Books, one of Big Train, so I feel a personal sense of achievement that IT Crowd made it to series 4, especially as it gave me two of my favourite episodes, 'Jen The Fredo' & 'Final Countdown'.

There just wasn't much in my idea file that topped those episodes, and I like to go into a series feeling I have some big moments lined up.

Start by collecting hundreds of ideas in notebooks or cards. Dialogue, scenes, characters. Mix and match. See what makes you excited. Stockpile ideas, don't commit to actually writing a script until it's burning a hole in you.

Then write the first draft as quickly as you can. Don't worry about quality. Just get to 'The End'.

Put the script in a drawer and forget about it for a few weeks. Work on something else in the meantime.

Once you return to the script, you'll be reading it fresh. Like a stranger. You'll immediately know what works and what doesn't. Write a second draft using this new information.

Get some notes from friends. Encourage them to be honest, to say when their attention flagged, if they found it hard to read etc. Then do a third draft based on this new information.

By now, the idea as it stands is probably about as good as it's going to get. Now send it to as many people as you can. Producers, production companies. Don't be paranoid about people stealing your ideas. Ideas are ten a penny--it's WRITERS they want, not ideas.

I wouldn't put them in the basement. Too hard to get stories moving down there.

It all depends on whether I come up with a good idea for one. One good enough to attract all the cast.

It needs to deserve to be a film, though. So it's got to be BIG on all sorts of different levels.

But even if that doesn't happen, I'm quite interested in the idea of the 'IT Crowd Universe'. Like the DC or Marvel Universes. You know...maybe catching up with Bennie Wong as Prime or Douglas's Big Spaceology Wedding....these might end up just being future specials.

Probably not, but he's an amazing actor and writer

Count Arthur, as linked to above, is the one I'm most excited about.

I think Count Arthur will be the one that finally achieves what I've been striving for all my life. I want to do something that, if you watch it while you're stoned, you could actually DIE.

Well, I had a great gang of people, but in the end we weren't able to meet often enough to create the proper atmosphere of friendly rivalry and one-upmanship to provide the amount of material I needed. It was always first and foremost an experiment and part of experiment was seeing if it was possible to create a 'virtual' writer's room, and in the end I wasn't able to. Part of this was down to the tools available. There just didn't seem to be anything out there that suited the job. We were using Basecamp, but that's such a stuffy, businesslike service that I think it actually ended up making everyone self-conscious. Once or twice, stories did sort of accumulate naturally, if that makes sense, with everyone adding a new element and the story growing that way, and it was exciting when that happened. I thought hey! This is going to work! But even with the successes there were problems. I think stories need to be 'hot' for you to write them. You sort of need to have the idea, and get moving on it as soon as possible. Some of these ideas would sit in Basecamp for a few months before I actually had time to work on the script. And by then the heat had worn off. I also kind of wanted to have the writers there all along the process...you know, so they could pitch in with ideas at every stage. Plotlines, then suggestions for scenes, then dialogue. But in the end the only way we could legally do it was by officially employing the writers for a total of three months. And that's because the money comes out of my writing fee and I really couldn't afford any more than that. All of the writers were up for taking the fee and working on past the three months, but that would have made me feel like a sweat-shop owner. I just couldn't expect people to work for free. I did try to open it up again a little bit, but I was too guilty and confused about whether I was doing the right thing to be really able to take advantage of the clever types I had working for me. Or not working for me. You see the problem.

I wanted to use the team to sort of crowd-source initial ideas, but the actual scripts were always going to be written by me in the end. It just doesn't make sense for me to farm out the job of writing scripts because that's where the lion's share of my income comes from when doing the show. And making the show is hard, man. It really takes a lot out of me. So I like to get paid.

Not really. Clothing is not something I pay much attention to (unless it's Roy's T-shirts)