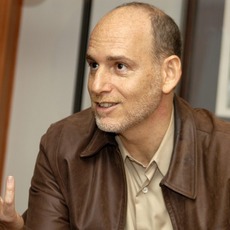 About
is the founder and executive director of the Drug Policy Alliance, a New York City-based non-profit organization working to end the War on Drugs.
Reddit AMA Stats
Tag Cloud
policy, non-profit, drugs

I’m Ethan Nadelmann, J.D. and Ph.D., founder and executive director of the Drug Policy Alliance, the nation’s leading organization working to end the war on drugs. Ask me anything!

I’m Ethan Nadelmann, J.D. and Ph.D., founder and executive director (until tomorrow) of the Drug Policy Alliance, the nation’s leading organization working to end the war on drugs. You can ask me anything.

I hear the top AMA right now is folks asking Robert Downey Junior to do his own AMA. If he agrees, keep in mind that Robert was one of the first beneficiaries of the ballot initiative that DPA drafted and won in California back in 2000 -- Prop 36 -- which prohibited incarcerating someone the first or second time they got arrested for drug possession, and which required that they get access to drug treatment instead. Robert: we need you to step out and support the drug policy reform cause!!!

Our opponents vary. Demographically, we get the least support among conservatives, Republicans and people over the age of 65, although the polls indicate that support for marijuana and other drug policy reform is growing rapidly even among those groups.

With marijuana legalization, the prison guard unions and private prison corporations have not really been all that involved in opposing our efforts. It's more the police chiefs who get bent out of shape on this issue. The prison industrial interests are most active in opposing our efforts to reduce incarceration of people arrested for low level drug offenses. They killed us when we tried to reform California's prison system back in 2008 with Prop 5.

But, I'll tell you, our most forceful and duplicitous opponents are the prosecutors, and for them it's not really about $$$ but about power - their inter-personal power in the criminal justice system, their power to coerce people to inform on friends and family members, their desire for the power that comes from winning higher political office, and so on. And they often oppose everything -- not just marijuana legalization, but needle exchange programs to reduce AIDS, and Good Samaritan laws to reduce OD fatalities, and alternatives to incarceration. It's remarkable how uncountable prosecutors have become in our American system of (in(justice)!

One approach I really like is requiring that judges be informed of the fiscal cost of the sentences they impose on non-violent offenders. Missouri passed such a law a few years ago but had a hard time implementing it. Now we're working with local allies in Vermont to get such a law passed. it had some momentum in the legislative session earlier this year, and we'll be back next year and try to get it thru and make it a national model.

I don;t think Obama is going to do either. His administration is clearly having a hard time trying to figure out what to do about WA and CO given the conflict between what those states have done and the letter of federal law. My guess is that they will do something like the 2009 "Ogden memo" that DOJ issued on medical marijuana, by which I mean their likely policy will probably be a sort of yellow light to WA and CO, effectively saying that we'll give you some room to implement the will of the people, but go slow, tread cautiously, etc and show us that legalization in one state is not going to create all sorts of problems.

Just stick to the facts, and the science, and the economics -- and point to all the well regarded people that are joining us on this issue, including folks from law enforcement -- and make clear that advocacy for ending marijuana prohibition is not the same as advocacy for using marijuana. there will be times and places where people who like marijuana can include that fact as part of their advocacy but there's no need for you to do that. Keep in mind that tens of millions of Americans who don't use or like marijuana nonetheless believe it should be legal, not prohibited.

You're right about that. DPA is deeply involved in this issue, esp in NM where med mj can be recommended for PTSD and vets make up a substantial portion of the patients. Take a look at http://www.drugpolicy.org/news/2013/07/dpa-veterans-and-legislators-launch-freedom-choose-campaign-improve-veterans-access-med Not to chase anyone away but we are hosting a tele-press conf on this issue in 20 minutes.

Much depends on how one removes the ban. The best evidence shows that removing the penalties on possession of small amounts for personal use, while keeping in place the prohibitions on production and sale, has no impact on levels of consumption. But it does reduce the number of people being arrested, reduces the harms of illicit drug use, and allows addiction to be treated as a health issue rather than a criminal justice issue.

With respect to legalization of marijuana, my best guess is that we will see some increase in the number of consumers because it will be easier to obtain and probably less expensive than it is now. But I think the increase will happen not so much among young people -- who already have incredibly easy access to marijuana -- and more among older people who find they prefer it to alcohol or pharmaceuticals.

As for the other drugs, take a look at what the Europeans have done with prescribing pharmaceutical heroin to people who have been addicted to street heroin. There you see no overall increases in use -- in fact, quite the opposite.

EDIT Now it's time to end since I have the debate with former DEA head Asa Hutchinson at 10:20 AM MT. You can watch live here: http://www.youtube.com/watch?v=D05OI982hUY.

Check out www.drugpolicy.org and plan on coming to the greatest gathering of drug policy reformers in the world -- in Denver, Oct. 23-26, 2013. www.reformconference.org

And for all of you spending time and energy trying to end the crazy drug war in America and everywhere, thank you for what you're doing -- and thanks too for all of your thoughtful questions this past hour.

Yes I do. When it comes to drug policy, most of the gutsy folks are in state legislatures, but as for members of Congress, keep your eye on Steve Cohen from TN, Beto O'Rourke from El Paso, Hakeem Jeffries from NYC, Jared Polis from Co, Earl Blumenauer from OR and most of the others who have been willing to step out on marijuana reform and prison reform etc. Quite frankly I also think that Nancy Pelosi has provided relatively good leadership on our issues.

Focus on what you're most passionate about, while learning about all the other issues that drive the drug policy reform movement. For DPA, we focus on marijuana policy reform, and harm reduction -- especially these days on reducing OD fatalities -- and on reducing overall incarceration for drug law violations. I'd say one of our biggest priorities now is ending the criminalization of drug possession in the US -- by which I mean Americanizing the Portuguese model.