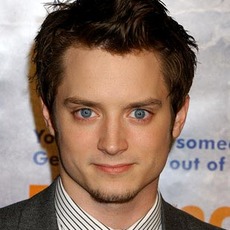 About
is an American actor. He made his film debut with a minor part in Back to the Future Part II (1989), then landed a succession of larger roles that made him a critically acclaimed child actor by age 9, being nominated for several Young Artist Awards.
Reddit AMA Stats
Tag Cloud
actor

We are Elijah Wood and Samuel Barnett from the BBC America series Dirk Gently's Holistic Detective Agency. Ask Us Anything.

There is a painting in my attic that is doing that for me.

HOW INCREDIBLE. Of course I remember your family! What a beautiful memory you've provided me. I will definitely share with my family. And what a wonderful long life Fanny had. And I'm sure she gave you a lot of love. Thank you so much.

I get to turn into Danny DeVito? Fantastic.

That I'm either Daniel Radcliffe or Tobey Maguire.

Now I will diminish to the undying lands.

We had a variety of minor injuries. My favorite was probably Viggo getting half of his tooth knocked out during a fight sequence, and his insistence on applying superglue to put it back in to keep working.

Aw that is beautiful. And of course I remember you and Philippe. Please give my love to your family. I'm going to share this exchange with my family as well.

You get a gold star for a bizarre question.