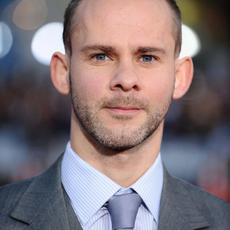 Yes, and I wanted Han, but my mom and dad wouldn't let me have Han. They said it has to be a name in the bible, so I went away and said "Chewie" and then they said "no, Chewie's not in the Bible." Chewie SHOULD be in the Bible, he has that biblical beard. But we went with Luke.

Paul was the clapper loader on Hetty Wainthropp, and one of the first real friends I made in the industry. He was a lovely guy and I was a young kid, who didn't know anything about the business, and he took me under his wing. Please tell him I said hey!

Just walk to my local cinema, and they're on!

Yes of course! Billy comes and stays at my house whenever he's in LA. I see Elijah whenever our paths cross with each other. And same with Sean Astin. We're all busy and working but when we're in the same city we tend to find each other.

Nice! That was one of my favorite moments doing press for LOTR and certainly it was one of Peter Jackson's favorite moments, he watched it over and over again and asked if it was ok to put on the DVD. I was super honored by that, I was just trying to make Elijah smile and laugh.

I did a film in the Ukraine called Soldiers of Fortune with Christian Slater and Ving Rhames and Jamie Cromwell and Sean Bean, and it was just kind of miserable. The director didn't really know what he was doing, the film wasn't great, the hotel was rubbish, room service closed at 5 and we wouldn't get back to the hotel until 7 or 8, I had a broken foot at the time. So that was pretty poor.

Probably Viggo? or Ian McKellen? They're both real professionals, they both bring their A-game to every scene they do and they are both incredibly unpredictable, so you never know what is going to happen next. And he is willing to do anything to make his character more authentic. He would you know, sleep in the forest for LOTR trying to be as Aragorn-y as possible.

It's been at least 10 years, maybe 11 or 12 years, since Billy and I were both back in New Zealand together? We've been there individually but not at the same time.

It was great, because we were able to go to Mata Mata, where the Shire is, so Bag End, the Prancing Pony where the hobbits drink, so what we were able to do was sneak into the Prancing Pony and not tell the tourists we were there, and then we opened the Prancing Pony to the tourists. And then when they went inside, we opened the pub up and they asked "What are you doing here?" and Billy replied back "we stay here when we're not working! We've rooms above the pub." And I mean, there were a few people who were quite emotional about it, it was great, we served them all ginger beer and served the adults ale.

I don't know, maybe Charlie from LOST. He was a real guy, he had similarities in his personality that I have. He has some demons, which he deals with incorrectly at times, and he has a good heart, wants to do the right thing, makes mistakes, is quite human.