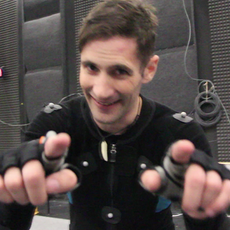 About
is a game designer from Oamaru, New Zealand. He is known for being the designer of the ARMA 2 mod DayZ. He was nominated for the Online Innovation Award at the GDC Online Awards 2012.
Reddit AMA Stats
Tag Cloud
videogames, videogame-designer

I am Dean "Rocket" Hall, Creator of DayZ and submitter of Mount Everest, AMA!

1 - Is there any feature you would really like to see in DayZ but is impossible to implement with the current technology? (For example a 15,000 player server on a 30,000 km2 map.)

2 - Were there some other title candidates or was DayZ the first to pop up?

There was some latin "city of the dead" that I used for a mod I started making for ArmA when it first came out. It was my first mod, ever. I never finished it but me and a few friends played it. I shelved it as too hard but the basic idea grew into DayZ much later.

3 - How much of the DayZ earnings are you personally seeing? (I understand if you don't want to answer this one.)

Saying specifics can be tough, I think (but I'm not really sure why, it just seems like it's rude to say how much you earn or bragging or something).

But I get a royalty, and I get paid. I also sold (assigned) the rights for DayZ to Bohemia so I was remunerated there too. Compared to royalty rates for other "artists" and such I am probably doing very well. Compared to game designers (who mostly don't get royalties) I'm doing extremely well.

My royalty rate is not insignificant (it is fairly significant).

I like short names, like Tom. But I'm also fairly self absorbed so I would probably name him Dean Jnr. I do that with my preferred successors in CK2.

I'll try not too. But I'm more concerned about squandering my time in the universe, rather than dying. Everyone dies.

Jay-Z's lawyers tried to get us to stop using DayZ and change it to ZDay, actually. We declined. But it did make me laugh.

Yes, this kind of endgame stuff is quite key to what we want to do. However, in order to do this we have to perfect the architecture which is what we are doing now. Certainly I think underground bases and advanced vehicles will allow some of this really exciting and "eve" style play.

Yes, I've been reading it as we're preparing our roadmap for 2014.

Don't make promises (or even hints/estimates) unless you're absolutely certain of them.

I really have a focus on multiplayer games, that allow the player to choose the groups they form organically with the freedom to do most things. I like games that have a persistent ongoing nature. These are the games I mostly want to focus on. Can't really offer to many more hints because I don't want someone else to make it before I can start!

In my new studio I really want to create this vision for a great internship/graduate programme. I fund their projects, provide a incubator environment, then get the pick of the litter. I can't wait to set that up!

The hardest thing has probably to have kept focus on actually developing the game right. In other words, not getting distracted with everything outside of the development (PR stuff etc...) as well as getting distracted from the core design etc...

I have tried rust. I think it's great. I think Garry is fucking talented, deserves all the success he has/is getting. Overall I'm just really proud that something I did inspired a great designer like Garry to do something else.

We all win with this situation.