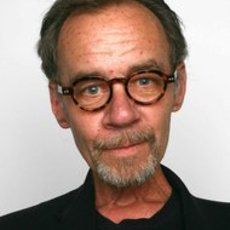 About
is an American journalist and author. He is a media and culture columnist for The New York Times. In his 2008 memoir, The Night of the Gun, he detailed his past experiences with cocaine addiction and includes interviews with people from his past.
Reddit AMA Stats
Tag Cloud
columnist, writer, memoirist

IAmA columnist and reporter on media and culture for the New York Times.

You have to make stuff. The tools of journalism are in your hands and no one is going to give a damn about what is on your resume, they want to see what you have made with your own little fingies. Can you use Final Cut Pro? Have you created an Instagram that is about something besides a picture of your cat every time she rolls over? Is HTML 5 a foreign language to you? Is your social media presence dominated by a picture of your beer bong, or is it an RSS of interesting stuff that you add insight to? People who are doing hires will have great visibility into what you can actually do, what you care about and how you can express on any number of platforms.

I watched the Globes last night, an event that I used to cover, and watched people enjoy some adult beverages. I am very pro-alcohol, but I just tend to end up in handcuffs when I used. I have more fun -- way more fun -- when I don't drink or do drugs. In the times I have used, it was never baked into my work life. If I am going to really go there, it ain't going to be with some flacks for a big magazine company. That said, I was looking at my best clips lately and you can't really tell which were written drunk or sober. There is no correlation. The muse comes when it does and it can't be beckoned by a six-pack or something you stick up your nose.

T is remarkable. No one else thinks like him. He was just a blunt spoken, blunt smoking young man back in those days, but he turned into this amazing thinker and writer. Great human and now a really big deal, was canned from Philly Weekly, Village Voice and Time, all because his editors wanted him to be a certain kind of Black Writer, or what white people think a writer who happens to be black should sound like. He ain't with that. He contains multitudes and no one is more fun to talk journalism with. I love reading him, but I am most impressed by the community he has created at his ability to create a community around his work Ta-Nehisi Coates - Authors - The Atlantic that is like him. Smart, civil, remarkably wide ranging and full of stuff I had never thought of. Or old stuff I now think about in old ways. A great human, but don't get him started about the Civil War. The human sleeper hold when it comes to that stuff. He won't stop.

The New Yorker is never as good as it once was, right? Except I think it is amazing. Their humor still sucks, they have yet to figure out beltway politics, but week-in, week-out, they take my breath away. Long and glorious and remarkable, with the story they just did about the magician-pickpocket unfurled in such unexpected ways. Adam Green: The Spectacular Thefts of Apollo Robbins, Pickpocket : The New Yorker Route Minnesota Twins, and sadly, Jets. Hate Yankees. And Patriots, although I bet on them last weekend and was torn as I watched them smoke Houston. in re, ducks and horses. I would rather pretend to fight both. I would bring a long mallet, clonk the big duck to show him who was boss and then mount -- go ahead, insert whatever joke you like -- the horse-sized duck and slay the duck-sized horses. How? They could only go after the duck's tough, webby feet while I made like a polo player on their gang. The duck would probably peck my eyes out from jump, but a boy can dream.

The story I cared most about, I didn't write. A woman came to me when I was editor of the Washington City Paper and said that she had been gunstalked by this maniac for years and the police would not do anything about it. My So-Called Stalker: Negotiations with fear, obsession, and the D.C. police - Washington City Paper We had to talk a lot before publication, because I didn't know what this guy would do. Suffice to say it had a happy ended.

Best part of my career is that it doesn't involve actual work. The worst part is that the non-work now never stops. You never push the button and walk away. There is always more to promote, read, and publish.

Salary. More than a teacher, less than a successful stripper. Working at NYT is not the highest paying job I have ever had, but pretty sure it's the coolest. and with the addition of a book The Night of the Gun: A reporter investigates the darkest story of his life. His own.: David Carr: 9781416541530: Amazon.com: Books I've been able to get three kids through college -- well, still one to go -- travel widely and drive a car that works. I've never really given a rip about money.

Win. All of the theologists of free said that we would disappear from the informational ecosystem and that did not end up to be true. Because it is a meter, because it is leaky -- which is really a feature, not a flaw -- and because social media links ride free, we've gotten serious money from people who want the convenience and access, and still maintained visibility.

Keep typing until it turns into writing.

One time I was at Giants stadium and they said, "Now entering the game at quarterback ... David Carr!" I jumped up and ran down toward the field, but the ushers stopped me.

My daughter now works there. (if you haven't seen her vid on these little organisms that can survive in space First Animal to Survive in Space - YouTube that blew up large thanks to reddit in part, you should) As I have told her and as I will tell you, there is a constant battle at Vice between hype and performance. they are part of a new, post-agency world, going direct with consumers. Sometime their stuff is amazing and sometimes it is a mess. I'm glad they exist and am looking forward to seeing how big of deal they are in the end.

Gawker and others were all about that, but more and more I see them doing original work, some of which I end up citing. And more and more at our shop, we are putting some sauce on the work of others -- in addition to the original reporting that is fundamental to what we do -- and sending it out into the world.