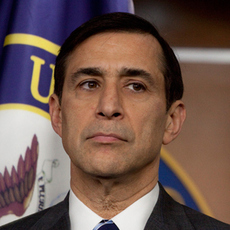 Thank you for asking. After 9/11, an extraordinary amount of cooperation by our communications industry was necessary to find out who was responsible for the deaths of thousands of Americans, and who continued to pose an active threat to Americans in our country and around the world.

Americans in the telecom industry were called into classified sessions and asked to help in this effort and were asked to tell no one, not even their own coworkers. Some would say Bush had no right to do that, but that's a fight btw the Executive Branch and Congress. I believe those telecom workers acted in good faith, and as we set up a constitutional due process under FISA in 2008, we need to eliminate any ambiguity and legal uncertainty surrounding the patriotic actions they took prior.

Thanks for asking. Your amount is a bit misleading...I sold my company before I came to Congress, and the movement of those funds between widely-held mutual funds has been broadly reported. My decision to invest in mutual funds instead of stock remains my advice to other members of congress.

Having said that, a blind trust dealing in individual stocks can still be manipulated and subject to many of problems I think you're driving at. I think online, immediate reporting by members of congress - directly from financial institutions - could help here. And check out SEC rule 10b-5, which I had to comply with as an officer of a public company. This could serve as a good model for members of congress.

You can in fact make personal copies for your own use. A good example would be ripping a DVD so you can play it on your iPad. That use is not prohibited. The MPAA always takes the view that your rights are limited, but for non-commercial use, making a digital copy like you suggest is a-okay.

I have both. My first Androids - HTC on Verizon and Asus pad with keyboard - showed me the potential of Android and its open OS. I full expect it to pass Apple on a software basis in the near future. It comes down to standards, though. Android's failure to have a widely used standard hurts it in my book, because Android developers/manufacturers not being on the same platform limits the OS' true potential. For now, my iPad is my go-to mobile device and I don't see that changing anytime soon.

Why are many of my colleagues tech illiterate? First, they don't do I Am A's. But seriously, few people in Congress have private-sector tech experience like my friends Blake Farenthold & Jared Polis. They never got their hands dirty innovating and even really personally using technology. But there are, in fact, members who didn't work in tech pre-Congress (Jason Chaffetz and Zoe Lofgren come to mind) who do get it, championing policies that support tech/innovation...particularly protecting the Internet.

As far as educating Congress, what you all dropped on Congress on January 18 was incredibly edifying for them, forcing them to take a hard look at what they know, think they know and don't know about tech. Keeping up the heat, and getting involved in open government projects like we're doing crowdsourcing legislation at KeepTheWebOPEN.com, is your best bet.

Hey there, Thank you for serving our country and keeping us safe. Hooah. First, it appears Gen Dempsey agrees w/ you...this is from a speech he gave today. Second, you are 100% right. But it's not just soldiers...there are many jobs non-mil govt employees should be doing that are now being done at great expense to the taxpayer by folks in the contracting community.

Our committee has been digging into this hard. Did you know since 2002 DoD ALONE has spent $202 billion on contracting? As much as $60 BILLION of that is fraud. Lots of problems here.

We're working w/ folks over in the Senate on solutions to achieve the goal you laid out. Soldiers like you deserve better, and so do the taxpayers funding it all.

Thank you and be safe.

P.S. don't sell yourself short...as an Army vet (enlisted and officer), I know that the best ideas usually come from the guys like you doing the heavy lifting. Keep it up.

Thanks for asking about this incredibly important national issue. We're holding Justice & AG Holder accountable for this felony-stupid government mistake. The bad judgement calls and coverups we've exposed so far are simply not what Americans deserve and this government is supposed to do to protect its citizens. Murdered Border Patrol Agent Brian Terry's family have a right to accountability and answers from Holder and the Obama Administration...we are not going to stop until Americans get the whole truth.

We have built a dedicated microsite to our investigation...you can get up to speed here: http://issues.oversight.house.gov/fastandfurious/

So far the experience has been good. I hope to be able to do another one of these in the future. Be sure to tell your friends to join the next one.

The OPEN Act. We developed it with your help at KeepTheWebOPEN.com for this very reason. Any solution needs to be inclusive of everyone involved or impacted - content producers, copyright holders, individual Internet users, digital job creators, etc. etc. I think the OPEN Act is a good balance of increasing protections for our inventors and artists without giving government new, invasive and Internet-destabilizing powers. Check it out...would love your input and feedback.

Great question...govt as service-oriented platform is one of my top goals in Congress. It's a no-brainer: you pay for govt, so you have a right to know what you get for your $.

How does that happen is the hard part. For all of our differences, at least President Obama has made this (or early on made this...haven't heard much from them in a while) a part of the conversation. You can find my criticisms of their "open gov" work elsewhere, but an enormous and enormously under-reported success rose like a phoenix out of the ashes of the "stimulus": the Recovery Act Board and their spending data.

I'm pushing to take this proven model to all federal spending with the DATA Act. It passed our committee and awaits a vote in the House. Would appreciate your thoughts/feedback (twitter is easiest) and help getting the word out if you like what you see.

Thanks for asking. Wish more of my colleagues/folks in DC thought like you.