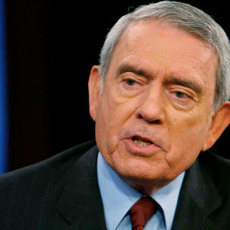 I am Dan Rather, former anchor for CBS Evening News and correspondent for 60 Minutes, current anchor of Dan Rather Reports – AMA

I am Dan Rather, former anchor for CBS Evening News and correspondent for 60 Minutes, current anchor of Dan Rather Reports and advisor to #waywire, Inc. AMA

I did it a long time ago, in the early 1950s, in the police station in Houston, Texas with policemen looking on as I did a radio story about what heroin is and what effects it had. I never touched it again. It might not have been the smartest thing I ever did but I do think it did a public service because it demonstrated to the public what it was in a time when people didn't know. But make no mistake - it's a very dangerous drug.

well the 24-hour news cycle has contributed to what I call the 'trivialization of the news' - quick hits, at best, little depth, context or perspective. Too much in-studio, programs not enough in the field. It's cheaper, less controversial and of course less substantive. Investigative journalism is expensive, and causes discomfort with the powerful. And that's the reason the amount of investigative journalism is shrinking and not expanding. What CNN just did with its investigative unit has been happening in journalism for awhile.

a lot of willie nelson, johnny cash, and merle haggard

thank you for your question -- here is my response

this is a great question...i'm going to answer in video which i'll post very shortly. EDIT: I've posted video which you can watch here

what a good question -- this is the reason I like to be on reddit. Another question that really gets me thinking. Every president should be asked, and should be asked often: what's the most important thing you think the American people don't know or haven't thought about at this time that they should know and be thinking about.

As for Dan Rather Reports -- it's a weekly 1-hour news program which is repeated several times during the week, done for AXS TV we specialize in deep digging investigative reports, cutting edge field reports, international news and politics. What we try to do is cover stories that other people don't cover, or take stories that have gotten some coverage but nothing in-depth. Our mantra is we do a story if we can add value to the viewer. An example, one of the stories we're working on now is a story on the international criminals who prey on elderly Americans with telemarketing and lottery fraud. The program is available on cable, satellite and iTunes.

the short answer is no - freedom requires constant vigilance and one needs to be constantly skeptical about reassurances on freedom. Stay skeptical and ever-vigilant.

Here is my video response

I love the Daily Show and think Jon Stewart is a genius. Here are some more of my thoughts

vastly overstated and usually used as part of partisan political propaganda campaigns. It usually reflects the bias of the person making the accusation.