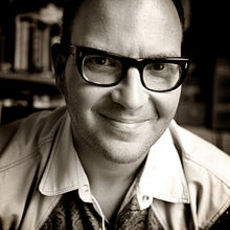 Aaron Swartz passed away a year ago tomorrow. We are Cory Doctorow, Brian Knappenberger, Peter Eckersley (EFF), and David Segal (Demand Progress) here to talk about Aaron and a protest we're organizing on 02/11 in his honor. Ask us anything.

Absolutely. To believe anything less is to give up on the rule of law and democracy itself.

a) I still think volumetric printing is where its at. There's a ton of basic patents expiring this/next year on powder deposition, and I think there's going to be a massive leap forward in innovation.

b) The governmental/corporate market for zeroday exploits - when you've got actors on the scale of a Fortune 100 company or a nation-state committed to buying vulnerabilities so that they can effect covert surveillance, we're all at risk, as this creates a perverse incentive not to report vulns -- or even to introduce them

I'm humbled and honored. Thank you.

I think the UN work is some of the best we've done, only because the odds were stacked so high against us at WIPO, and we totally shredded there.

I think that you're inserting an OR gate where you really want an AND gate. There's stuff that Reddit does well -- I read it! -- and stuff that BB and its ilk do well. I like community filtered material, and I also like the idiosyncratic, personal material you get on sites that are individually edited or edited by small groups.

Speaking as a Canadian who also hold a US work visa (though I live in the UK) I think there are lots of ways you can help.

The SOPA fight was so successful in part because we each told our stories in our own way to our own circles.

There's nothing particularly difficult about understanding why NSA spying matters. The fact that a lot of your friends don't care about it doesn't mean they're unintelligent or that they're not capable of being worried about privacy. It probably just means they haven't bothered to think about it very hard, because we live in a big, complicated, difficult world and there's a limit to the amount of stuff you can give a damn about.

So I would start with that. If you've got a work visa, you've got a job, and hence a workplace. You can go to each and every one of your co-workers and explain to them, patiently, quietly, and forcefully, why this stuff matters.

If you make it your mission to get every American you know to call her or his congresscritter, you'll have made a difference.

And you can make more of a difference, too. Call the MP from your old Canadian riding and tell her or him that you're concerned about the extensive ways in which Canada's surveillance establishment participated in NSA spying. Explain that as a Canadian living abroad, you're especially vulnerable (c.f. Maher Arar).

There is no one perfect message that will explain this to everyone. The only way this can work is if the people who care about it take the time to engage in dialogue with the people around them, and make the case, personally, one at a time, face-to-face.

This one is giving me fits. I don't know yet what to do about this. I'm literally losing sleep over it.

I've met Randy a bunch of times, and we talk on the phone now and again (he's a serious long-distance phone-talker). He's a dude.

You know, it's not like the UK is vastly more Orwellian than the USA. They don't fingerprint me on the way into the country! The fact is that most of the western democracies have become battlefields over authoritarian policies, surveillance, etc.

Naw. I'm actually afraid of heights, and it's hard to find goggs that fit over my glasses (as I find out the hard way every year at Burning Man).

I think it was the realization that the computers and networking technology I loved could be so easily turned to evil ends, and the desire to keep it free and open for the generations that came later.

Pretty fucking depressing, to tell the truth. I've been planning a fundamentally optimistic novel (see eg http://www.locusmag.com/Perspectives/2013/03/cory-doctorow-ten-years-on/) about the proposition that a utopia isn't a place where things are going well -- it's a place where, even when things go badly, people are still good. As someone interested in systems, I'm way more interested in whether they fail well than whether they work well.

This month especially has been hard. Between the W3C's work on DRM and the grinding attacks on civil liberties here in the UK, I'm hardly sleeping these days for worry.

But the first step to a better world is imagining a better world. I'm working on a short story for Bruce Sterling's guest-issue of Tech Review right now, and when that's done, I'm hoping to muster the optimism to write the book.