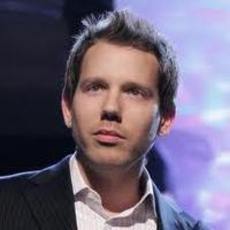 About
famous for his role in the development of the Unreal franchise, especially 1999's Unreal Tournament, and the Gears of War franchise
Reddit AMA Stats
Tag Cloud
videogames, videogame-designer

I am Cliff Bleszinski, Design Director at Epic Games. Co-creator of Jazz Jackrabbit, Unreal, and Gears of War. AMA.

They make for stellar cover.

It seems as if you're asking about two entirely different games. The first Unreal was more of a single player exploratory experience whereas Unreal Tournament was a multiplayer focused game with a "ladder" for the single player. Both have their strengths and weaknesses.

I was quoted recently on a Fortnite panel about the first Unreal and what a reboot might look like. Having really grown into a big Bethesda fan lately (Skyrim rocked my world) I couldn't help but wonder what a reboot of Unreal would be like if it was more "SciFi-Rim." Sure, there would be shooting involved, but exploration would almost be more important. Get back to that sense of wonder that the first game had. (Caves and castles and crashed ships are basically your dungeon instances, whereas the "overworld" is less intense.) Put it on a high end PC and prepare yourself for amazing visuals never before seen in real time.

As far as a new UT, it's hard to say. Shooters and their sequels are a tricky beast. Often you wind up upsetting your core whenever you make a sequel because sometimes you change things the users didn't want changed, or the users are so very in love with their memory of the original game that there's nothing you can do to live up to the first game. This happened with Counterstrike: Source, Quake 2, Unreal Tournament 2003, heck, even Halo 2.

(All that said, I do personally believe that UT3 suffered a bit from an identity crisis in regards to whether or not it was a PC or Console game.)

So if, when? I don't know, honestly. We're understaffed right now for all of the projects we've got going on so I can't say if or when it may happen. I do love that IP and do hope to return to Na Pali some day.

p.s. The delta between the current crop of consoles and a high end PC is incredibly obvious now. Looking at Hawken at PAX versus the other console games and this difference is startling. FYI Fortnite is a PC first game.

The Big Lebowski, for every system. It'd tie all the gaming platforms together.

Sure, you can have this one. Our folks will contact you shortly for shipping details.

My greatest triumph would have to be finding and eventually marrying my amazing wife. I still have no idea how I landed her.

My greatest loss came in two losses, actually. First was the sudden loss of my father at the age of 15 to heart issues. Second was the sudden loss of my 20-year-old nephew a couple of years back to a car accident. The first motivated me to do what I do so that hopefully he's looking down on me and is proud of me, the latter reminded me how important family is and how fragile life is and to live every day as if it were your last.

I'm thrilled to be able to work on something different. I'm currently dividing my time on our various projects. We just had a playtest of Fortnite in our war room yesterday and it's really starting to come together. The visual style alone excites me after living in the Gears universe for 7+ years.

Again, I never wanted to build a game with muscle-bound characters; the art department produced the concepts and models and they simply felt good slamming into walls and cutting one another in half with chainsaw guns. I do hope that in the future we can get some of the "dudebro" out of Gears, to be honest.

One time at E3 I saw Notch take his hat off and 100 dollar bills fell out, true story.

I had this chat with my teenaged nephew the other day. He asked me to send him a picture of my car. So I sent him a picture of all of them with the statement "Not to preach to you, but everyone I know who is this successful was working hard at your age and not partying." I barely went out in my teens and 20's. I was driven and I wanted to make games more than anything else.

Stay out of the bar scene.