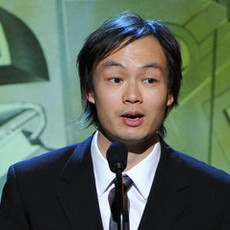 About
Christopher Tin is an American composer whose work is primarily classical with a world music influence. He is a composer for films, video games, and commercials and has won two Grammy Awards for his classical crossover album, Calling All Dawns. Tin is best known for his composition "Baba Yetu", featured in the 2005 computer game Civilization IV.
Reddit AMA Stats
Tag Cloud
composer, music

I'm Christopher Tin, composer of concert music and video game scores. (I won the first Grammy ever for a piece of video game music.) AMA!

Hi! You've actually edited my page! In fact, your last edit was just a couple weeks ago. https://en.wikipedia.org/wiki/Christopher_Tin

And you sing in choirs! Great!

Yeah, well, THIS GUY is the NUMBER ONE Wikipedia editor in the world! That's so cool! I donate to Wikipedia every year. It's an amazing site thanks to people like Steven. Can't tell you how much I rely on it for my music.

I haven't been asked to, but I'd love to for sure.

Thanks! It actually has more to do with styles of singing than languages (although language is a part of it). I just really like the different ways that people sing. I just love the wide variety of sounds that different cultures make with their voices, from throat singing to opera. I think it's beautiful!

It happens any number of different ways. Sometimes things just pop in my head, sometimes I noodle around on a piano until something comes to me. Sometimes I sit at a piano with staff paper, and sometimes I'm in front of a computer.

I don't like to do things the same way every time. You always want to be evolving as a composer, and if your creative process is exactly the same each time, then how do you expect today's work to be any different from yesterday's?

If you're in DC, I'll be premiering my next album there in 2020. You should come!

Hey Soren! Do you ever pick up the cello and play these days? :)

I'm honored. Thanks! Nice to meet you!