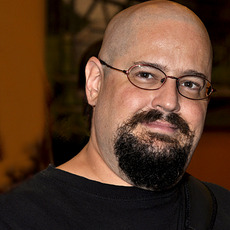 For starters, there's a long-standing (50 year old) flame war within the field over whether it's "sci-fi" or "SF".

Secondly, all these labels boil down to is a bunch of marketing categories that tell bookshop staff where to file the product (which they don't know from a hole in the road) on the shelves where customers can find it. SF has traditionally been looked down on by the literary establishment because, to be honest, much early SF was execrably badly written -- but these days the significance of the pigeon hole is fading; we have serious mainstream authors writing stuff that is I-can't-believe-it's-not-SF, and SF authors breaking into the mainstream. If you view them as tags that point to shelves in bricks-and-mortar bookshops, how long are these genre categories going to survive in the age of the internet?

Note: this skepticism breaks down in the face of, for example, the German publishing sector, where booksellers are a lot stuffier and more hidebound over what is or is not acceptable as literature.

Back before the internet we had a name for people who bought a single copy of our books and lent them to all their friends without charging: we called them "librarians".

And the dirty little secret of publishing is that, all along, each book sold has had an average of 5 readers. That's an 80% "piracy" rate if you insist on looking at it in those terms.

Frankly, I couldn't care less about you loaning a copy of one of my books, on paper, to a friend. In fact, I think it's a good idea. Spreads the word, right?

The problem with ebook filesharing is simply one of scale. But I think the "piracy" problem is massively over-rated.

What I do have a problem with is people who sell my work for financial gain without paying me a cut of the proceeds. If money is passing hands, then the customer feels that they've paid for the right to read the work. But if they haven't paid me (or my publishers), then that's siphoning money out of my income stream.

Back in the pre-internet age there were pirate publishers, especially in the third world, who would print physical copies of books, sell them, and never inform the author/their agent/their publisher -- just trousering the money. I think we can agree that this was piracy?

Today, we see some "file sharing" sites that rely on fans uploading cracked copies of ebooks, and which then make money off those books by charging for downloads (via cash subscriptions or advertising). Again: I take a dim view of this. They're making money off the back of my work without paying me.

What I really think is that our current model of copyright is fundamentally broken.

We badly need to replace it with a different system for remunerating creators, which gets it the hell out of the face of the public (who were never aware of it to begin with in the pre-internet dead tree era). Unfortunately, the current copyright model is enshrined in international trade treaty law, making it almost impossible to work around.

[Edit/afterthought] More often than not, piracy is a symptom of an under-provisioned market. People want to buy mp3s but can't? Piracy ensues. Then Apple strong-arms the music studios into the iTunes store and music piracy drops somewhat. The same, I believe, is also happening with ebooks.

Longer version ... (I want to apologize for keeping this short: I have carpal tunnel issues so I might have to switch to speech recognition soon) ...

I write exclusively using computers. Pens and typewriters can fsck right off -- I wrote my first half million words in my teens on a manual typewriter (had to trade it for a new one due to keys snapping from metal fatigue) so I am not a pen or typewriter fetishist.

I write almost entlirely on Macs, because: Windows gives me hives. (I first ran into Windows as of Win 2.11/386, back in the eighties. It did not leave a good taste. I then became a happy UNIX bunny. Mac OSX is the last UNIX workstation class OS standing. So I've learned to put up with its other foibles.)

I have no set writing routine other than: plant bum in chair in front of keyboard/on sofa under laptop, and start going. Oh, and I drink tea pretty much continuously at a rate of around 1 imperial pint/hour, which sort of enforces screen/keyboard breaks.

"Halting State" and "Rule 34" are cyberpunk only insofar as we are living in a 1980s cyberpunk dystopia, and these are very much novels of our time (plus 10-20 years). What I've learned during my life is that the near future is 90% identical to the present -- if you buy a new car today, it'll probably still be on the road in 2022. Another 9% is predictable from existing tech roadmaps: Intel's projected roadmap for where their processors are going, SpaceX's order book for satellite launches, and so on. And 1% is totally bugfuck crazy and impossible to predict. (Go back to 1982 and the idea that the USSR would have collapsed and been replaced by hyper-capitalist oligarchs would have earned you a straitjacket, never mind a book contract. Go back to 1992 and the idea that the USA and Iran would be fighting a proxy war on the internet would have ... well, ditto.)

Lovecraftian seriousness: well, book 5 or 6 of the Laundry series is due to get epically grim.

Reverse order: no, I'm not planning a kickstarter game. And I'm not really a game designer. (Writing novels takes up about 100% of my available working time.)

How am I doing this "right" ... well, I have a CS degree and a history that includes working as a software developer and being a computer magazine columnist back during the 1990s. I guess I simply paid attention to the social effects of the IT revolution as I lived through it.

An important factor to note is that it's rare for anyone to sell a first novel written before they turned 30-35; long-format fiction tends to require a bunch of experience of human life that takes time to acquire. So your average mid-career novelist is in their forties to fifties! In consequence, most established novelists are writing books informed by experiences gained in their youth. Middle age is not the best time to be changing smartphones every six months or adopting new technology platforms -- because we tend to get slower and less accommodating to change as we age. So we're currently living with a generation of established novelists who are embarrassingly out of date with respect to social networking, internet skills, and so on.

(I was an early adopter: have been on the internet continuously since late 1989, barring a six-month loss of access in the early 90s.)

I'm an atheist (subtype: generally agree with Richard Dawkins but think he could be slightly more polite; special twist: I was raised in British reform Judaism, which is not like American reform Judaism, much less any other strain of organised religion). So: no cults here.

Starting points: for a sampler, you could try my short story collection "Wireless". Which contains one novella that scooped a Locus award, and one that won a Hugo, and covers a range of different styles.

[] Which was originally titled "Festival of Fools"; the "Singularity Sky" title was imposed on it by editorial fiat ("hey, isn't the *singularity kind of hot this month? Let's change the title!").

A bit of both. I wanted an agent who would actually sell stuff. After two British agents failed comprehensively, I was reading Locus (the SF field's trade journal) and noticed a press release about an experienced editor leaving her job to join an agent in setting up a new agency. And I went "aha!" -- because what you need is an agent who knows the industry but who doesn't have a huge list of famous clients whose needs will inevitably be put ahead of you. So I emailed her, and ... well, 11 years later I am the client listed at the top of her masthead!

Speech recognition is utterly crap for writing fiction. If you try reading a novel aloud you'll soon figure out why -- written prose style is utterly unlike the spoken word.

Yes, I worry about that. I'm 47. I reckon I can count on 30 more writing years, averaging a book a year (I can't keep up the 2-2.5 a year I used to do these days). And these days I've gotten round to wondering, for each new idea, "do I want to be remembered for this?" before I get to the point of spending a year on it.

Thanks! (If there's any remaining doubt I can briefly update my main blog, http://www.antipope.org/charlie/blog-static/ )