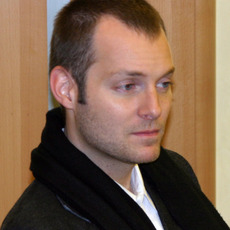 I am American McGee, creator of the "Alice" game series, founder of Spicy Horse Games and doer of other things.

Thanks! The team is always happy to hear positive feedback (and I don't mind either).

Shanghai is like what LA looked like in "Blade Runner", except the cars don't fly (on purpose). It's a mix of incredibly modern and amazingly old. High tech and dirt poor. Our studio is 1km from the heart of the city, but there are chickens running around outside he front door! You really have to visit to appreciate it. And I wouldn't want to live anywhere else!

Violent video games... media/content has an impact on our brains. We know that's true. What we don't know is what sort of impact violent games have on our sensitivity to violence. I DO NOT think violent games make people go out and act in violent ways. Actually, I would lean towards them making people care less about violence in the real world, while subduing their own impulses to act out real violence. If anything, I'd worry about a generation of kids being raised on hyper-violent video games losing sight of things like the true cost of real war. Odd I have to say things like "real war". See?

Working as an indie means having a terrifying amount of freedom. We make decisions that we know might simply put us out of business 6 months from now. I don't actually mind the idea of someone else paying our bills and supporting us while we develop something (AKA a publisher), but I HATE the idea of someone shaping the types of products we make to fit on a limited amount of shelf space and structuring recoup deals so we can NEVER earn enough money to be free to pursue our own designs. These days you can't have cake and eat it too ;)

I do have plans but I don't have control. If I made another Alice today it would complete Alice's hero-journey arc and see her realize the full potential of physical mastery combined with psychological mastery. Remember when Neo figured out he could mess with the Matrix and reality? Like that.

Well, if you play games from the big Western publishers, you're playing Chinese-made art content. That's outsourcing plain and simple. Same goes for the keyboard you're typing on, Gap jeans you're wearing, iPod you're listening to, etc. Most everything we consume these days is made (or partly made) in China. Hard to escape it.

I guess the thing that makes me different is that I actually live here and have done so since I left the U.S. eight years ago. Would it make you feel better if I'd used my God-given freedoms as an American to move to a less threatening country, like Australia or the U.K.? Or one where I had to pay people more to work for me, even though less of their wages went into their pocket at the end of the day (or paid for social services they could actually use, as opposed to dropping bombs on innocent children/families in the mountains of Pakistan)?

Corporate? If it's because you think I've hired "cheap" labor, I'd once again ask you to look at the twisted manner in which big corporations (EA, Activision) skirt labor laws in places like California by denying healthcare and basic benefits to employees by labeling them 'contractors' or forcing them into part-time positions. Labor here in Shanghai isn't "cheap" by comparison. That being said, my own compensation has never been lower - certainly not compared to when I worked for EA or id Software. Then again, my cost of living is also relatively lower. Our employees are paid on a scale that is directly competitive (in many cases) to what they would be paid in the U.S. - but I take a local salary because I'm living locally.

I dunno... I choose to live in another part of the world because I wanted to see the world and be exposed to new culture and new ways of thinking. I make games for a living so I opened a studio here. We focus on high-quality of life for everyone in our studio, which means we don't crunch or overtime (though it has happened a few times in our 6 year history). I feel the work environment I've created here is healthier and more sustainable than anything I could have created in the U.S.

Still, people want to see the bad in it.

Btw, we're the largest indie Western studio because we have 50 people working here, including 2 cleaning ladies, a receptionist, accountant, Office Manger, etc. Our core team is around 40 people. 6 of that group are from places outside China (U.K., Aussies, U.S., etc). Indie development is very rare here, especially on the "scale" we've achieved and maintained. It's just not an environment conducive to the kind of business we've built. We're an oddity. If we were corporate, I think you'd see a lot more studios exactly like ours. You don't.

Does all of that sound "corporate" to you?

Btw, I get tired and sensitive around this subject because so many people come at me with straight-up racist or purely ignorant nonsense on this topic. I apologize if my response feels overly reactive... I just wish people would better understand the global dynamic, true sources of evil in the world and how to recognize when 'indie' means indie ;)

Yeah, that gets asked very often. Sadly, I don't control the Alice franchise. I created it while working as an employee for Electronic Arts, so they own and control it 100%. Ask them!

Thank you SO MUCH for the support. It would appear I'm not supposed to directly mention something like the Kickstarter campaign as that's asking for money? So I won't do that. But you found it on your own and I thank you! ;)

It was a song. "Trip Like I Do" by the Crystal Method. I heard it while zooming along the coast of California (Highway 1) and thought, "Huh, dark land of wonder?" I later realized the sampled lyrics came from "The Dark Crystal," so in some round-about way you could say that movie helped inspire the idea.

The sequel was something I always had in mind. The 10 year timing had to do with my having left EA, moving to China, building a studio capable of doing a sequel, then going back and proposing the idea to EA.

Alright, it's been fun but I have to run. Thank you, all for stopping by with questions. If you get a moment, please be sure to check out our latest game, "Akaneiro: Demon Hunters" at www.angry-red.com