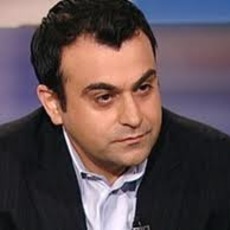 About
former FBI agent who was involved in a number of high-profile anti-terrorism cases both in the United States and around the world
Reddit AMA Stats
Tag Cloud
fbi, cia, anti-terrorism

For a start every detainee is different. There is no cookie cutter approach, and everyone talks for different reasons.

As I explain in my book, and as I told the Senate Judiciary Committee, an interrogator knows that there are three primary points of influence on the detainee:

First, there is the fear that the detainee feels as a result of his capture and isolation from his support base. People crave human contact, and this is especially true in some cultures more than others. The interrogator turns this knowledge into an advantage by becoming the one person the detainee can talk to and who listens to what he has to say, and uses this to encourage the detainee to open up.

In addition, acting in a non-threatening way isn't how the detainee is trained to expect a U.S. interrogator to act. This adds to the detainee's confusion and makes him more likely to cooperate.

Abu Jandal, Bin Laden's personal bodyguard; Bahlul, his personal secretary; and Hamdan, his driver, all spoke for different reasons. In the book I take the readers through those individual interrogations, and what led them to cooperate.

I don't know what you know.

This is an amusing question. I'm sure you understand my frustration, thankfully the redactions are less than 2% of the book, and I'm sure that a smart reader can work things out.

No. One of the big things you notice when dealing with terrorists, is the absence of critical thinking. They see the world through a different prism; in interrogations I try and change that.

Salim Hamdan, bin Laden's driver, for example, told me that while he was operational, he didn't have time to reflect. It was only in prison he was exposed to different ideas, and had an opportunity to see the world in a different way.

You'll see this in the book through the discussions I had with different high-level terrorists.

The one thing is for our laws and our strategy to always be in sync, and for us to operate out of knowledge and not out of fear. (One way to help achieve this would be to separate national security from partisan politics, and for officials in Washington to spend more time consulting those in the field before they introduce new policies.)

ps - thank you for encouraging me to do this.

I think conspiracy theories come because people don't find a satisfying answer. And there is a lot about 9/11, that people don't fully understand yet. In my book I try to explain the full story, of what happened and why we weren't able to stop it, as I saw it.

One of my favorite stories is when I convinced a detainee that my colleague was a human polygraph machine.

The detainee and I were speaking in Arabic, which my colleague didn't speak, and he would pass me notes with possible questions. The detainee kept trying to work out what the notes were, and I told him that my colleague was letting me know when he was lying.

After that every time the detainee wanted to lie, he'd try to move to a position where my colleague couldn't see him, and we'd know he was lying.

On a basic level is has undermined al Qaeda, because for the first time people see that they can change their destiny without resorting to terrorism.

But the second issue we have to consider is that we still have to see what happens later on, and what it turns into.

I think as a consequence the nature of the threat will change. How it develops will depend in part on how extremist groups behave if they feel as if they aren't accepted as part of the system, or don't do well in elections. Will they stay committed to the political process, or will they return to violence? And if they gain power through elections, how will they use it? Will they stay true to the system, or will they try and co-opt it?

The Arab Spring has often been referred to as a birth of the new middle east. At this stage we're yet to see what the baby looks like. How all the above plays out will determine the effect on militant extremist groups.

The most common is when detainees tell you what they think you already know, as a way of disguising that they're really not cooperating. You need to manipulate this to your favor by making them think you know than you do.

Think of it as a mental poker game.

From my experience in the field most of the time the professionals in the CIA and the FBI see things in a similar way. Problems come when officials in Washington have different ideas.

For example, the most basic one is when people portray disagreements over the use of so-called Enhanced Interrogation Techniques as being an FBI v. CIA disagreement.

In reality it was a disagreement between FBI and CIA professionals in the field, who strongly objected, versus officials in Washington who insisted on their use.