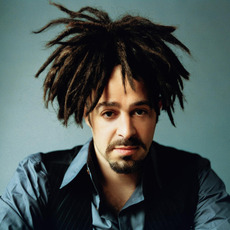 About
is an American musician, songwriter, record producer, and film producer. He is best known for his role as frontman and vocalist for the rock band Counting Crows, in which he is a founding member and principal composer of their catalogue of songs.
Reddit AMA Stats
Tag Cloud
record-producer, songwriter, musician

I am Musician Adam Duritz from Counting Crows. Ask me anything...

My mom too. Must be a mom thing. When I was in The Himalayans, we wrote Round Here with the intention of making Duckpin Bowling easier and more comprehensible to the public at large outside of Baltimore. It is widely misinterpreted as a meaningful statement about life and growing up.

I don't think there's anything I can say except that mental illness is a real thing and it can be devastating. It's not that "everyone's a little crazy" as people are so fond of saying to me. It's terrifying and I wish it had never happened to me. That said, you get one life and you have to try to live it as best you can.

I had a friend (Bonnie Simmons) who was close friends with Bonnie Raitt. She used to go thru all the cassette tapes fans sent Bonnie Raitt and find songs for Bonnie on the thousands of tapes. She actually found "Something To Talk ABout" in one of those boxes and, when I was younger, I used to help her with that. Bonnie Roaitt was one of the first professional musicians I met and she was very kind to me. I actually wrote "Raining In Baltimore" to give to Bonnie Raitt.

Do kids have street cred? My 5yr old nephews loved it but they didn't take me out to score dope afterwards or anything. Should they have?

Nah, I was just talking about the difference btwn me & Marty. I wanted to be a songwriter (like Dylan); he wanted to be something a little more funky. He was a bass player after all.

Anna is a song about 2 people struggling to admit how important they are to each other until it's too late. Murder is about an abusive relationship someone I knew was in. Those are both MASSIVE OVERSIMPLIFICATIONS. Songs are about MUCH more than the story in the song. It'd be more accurate to say that both songs - and really ALL my songs - are about me.

I just have a lot of answers to question.

(Shrug) I dunno. I just had the idea one day. I thought I had a take on the song that was unique. That's the important thing with interpreting someone else's tune: you need to have your own way into it.